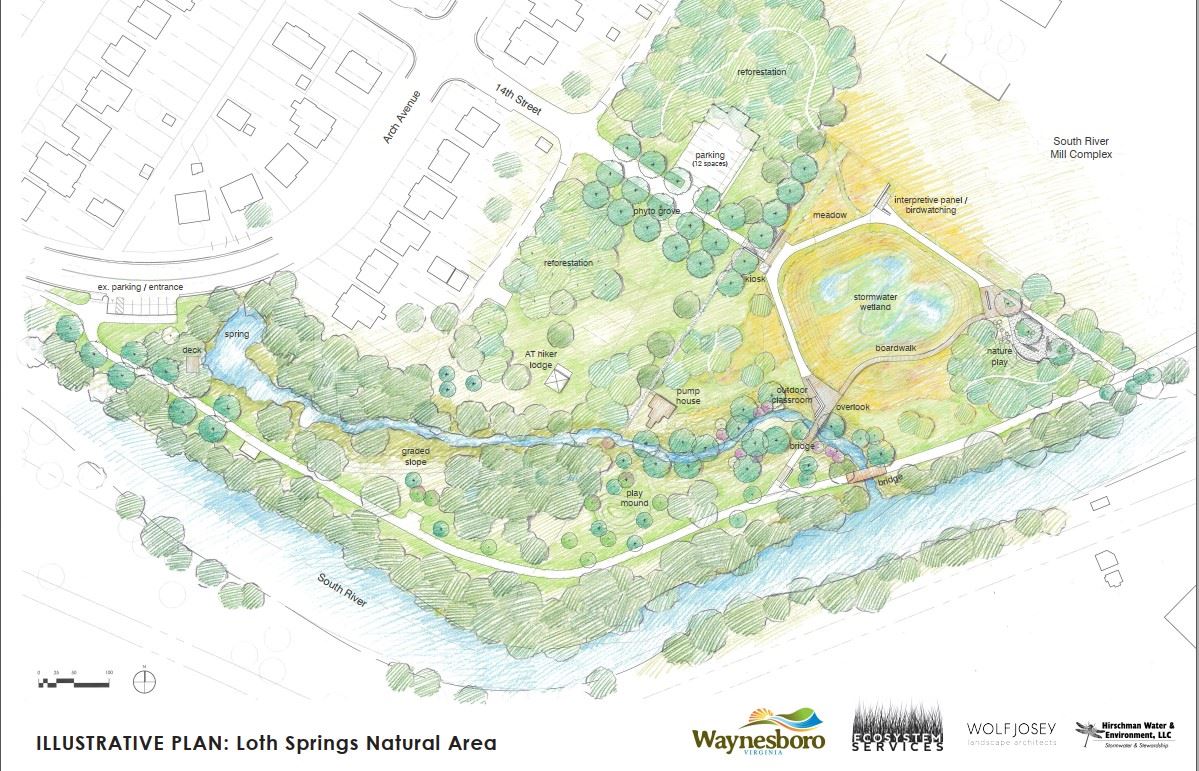 The Loth Springs Natural Area project is a joint effort among several City Departments including the City Manager’s Office, Public Works, Planning, and Parks and Recreation. City staff has been working since 2017 to secure funding for the project and, in 2021, preliminary engineering work began.

The project area includes the Loth Springs Natural Area and the AT Hiker Areas (map) which encompasses roughly 12 acres. The overall concept of the Loth Spring Natural Area project is to create a passive recreation area as a node along the South River Greenway. Benefits include:

Funding in the amount of $1.3 Million from the Waynesboro Dupont Settlement has been secured for habitat restoration and water quality improvements on the site. These funds are managed by a group of Federal and State trustees who represent the U.S. Fish and Wildlife Service and the Department of Natural Resources. Limited local funds are anticipated at this time. Approximately, $190,000 is currently available for design services and engineering for the project. The remaining $1.1Million is earmarked for construction and will be made available once design is complete. Elements of the site construction will include:

Construction is anticipated to begin in 2023 and take approximately 1 year to complete. City staff and engineers will look for input during the course of the project development. City representatives presented the project's Conceptual Design during Riverfest 2022 (April) and launched a survey soliciting feedback on the ideas presented. The results of this survey and further study of the site led to the design seen in the Illustrative Design Plan seen at the top of the page. Examples of key elements of this plan can be seen below: 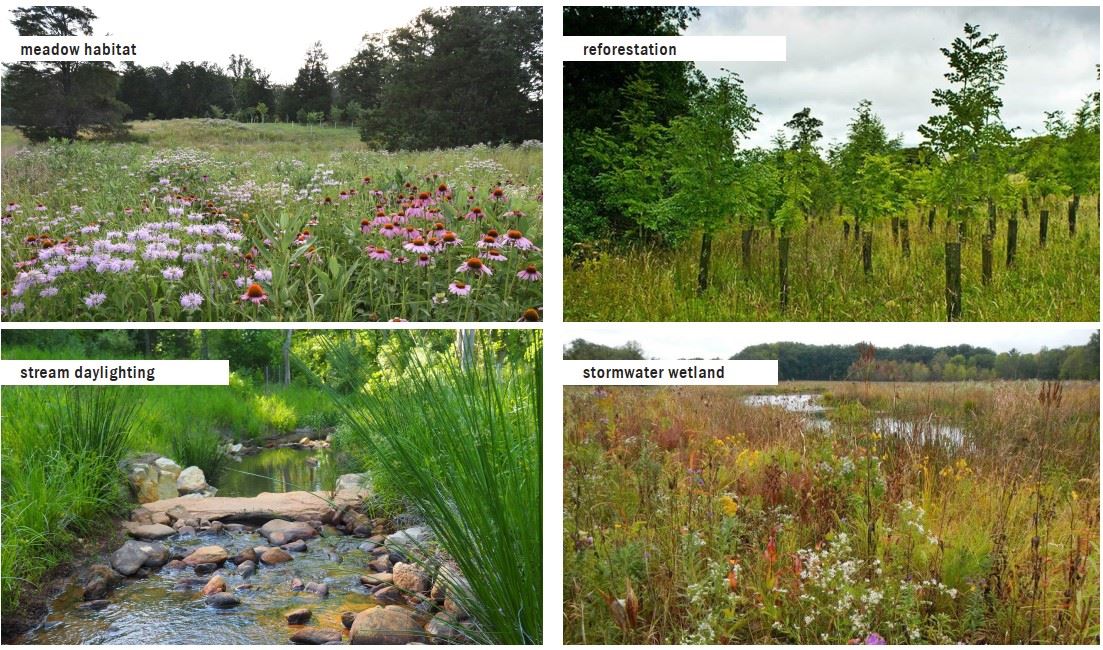 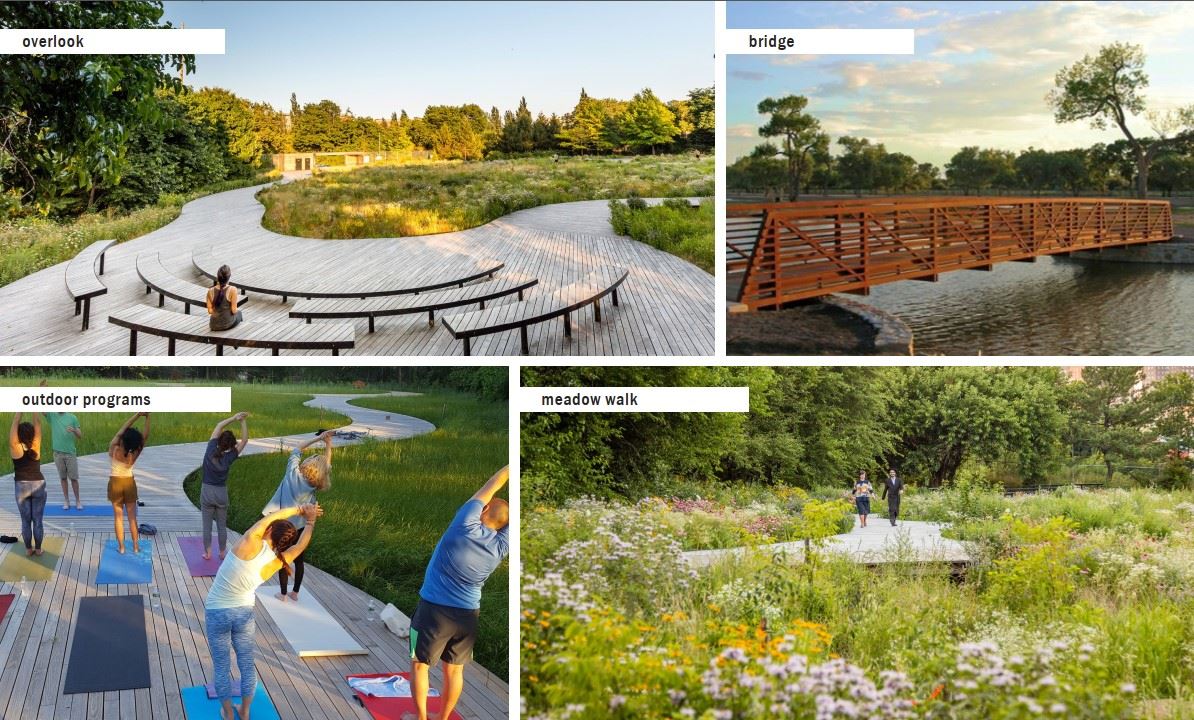