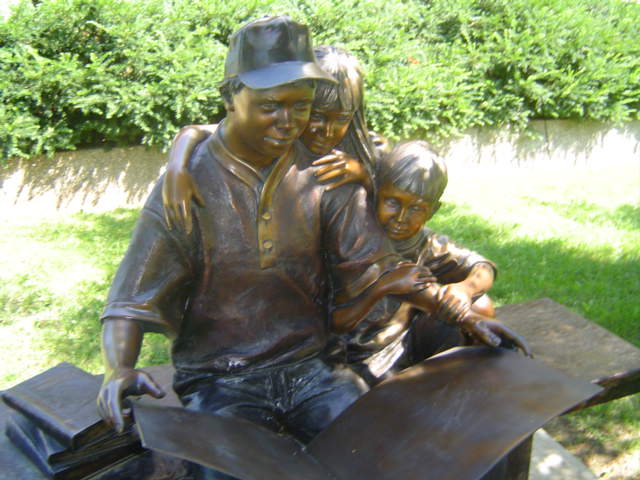 Founded in 1912 by the Philathea Class of First Baptist Church, Waynesboro's library was the third Virginia library to take advantage of the state law permitting the establishment of tax-supported public libraries. The first librarian was Virginia Leftwich, the mother of Ruth Graham (Mrs. Billy Graham).

The Carnegie Foundation presented a grant of $8000 for construction of a library building, which opened in July 1915. The first library building is still located on Walnut Avenue across from Fishburne Military Academy.

In 1969, a new library was built on the corner of Wayne Avenue and 14th Street. It has seen two renovations since then. A 1979 renovation added additional square footage to the east side of the building along with a lower level. A second renovation, finished in 2012, consolidated the children's area on the main floor and the local history rooms on the lower level. The entry, circulation desk area, and offices were upgraded and a public stairway to the lower level was added.

Our library is located in the beautiful and historic Shenandoah Valley, about 90 miles west of Richmond, VA and is well-known for its extensive local history collection for Waynesboro and Augusta County as well as its genealogy resources.